See The Best Slice Of Sly Stone Funk Ever 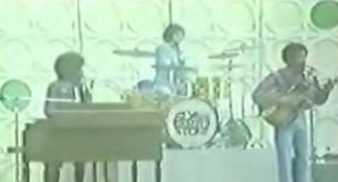 Today: See Sly And The Family Stone perform a wicked live version of their breakthrough hit, “Dance To The Music.”

This live performance won Sly Stone and co a $10,000 talent prize at the Ohio State Fair Summer Showcase in 1968.

As the host says whilst presenting them with their cheque, “that’s groovy bread!”

The Summer Showcase toured several US cities picking a winner from each show, Sly And The Family won the overall prize at the Showcase finale – because the judges obviously got caught by the funk.

Later the same year, in September, the group set off for their first overseas tour, to England – however the tour was cut short when bassist Larry Graham was arrested for possession of marijuana, causing fraction with the concert promotors.

Check out the brilliant natty dancin’ by clicking here now