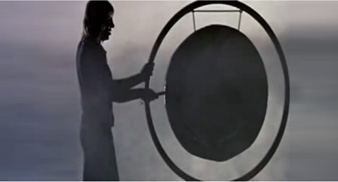 Here the prog megastars perform “Set The Controls For The Heart Of The Sun” from their masterful second album “A Saucerful of Secrets.”

“Live At Pompeii” shows the Floyd perform six songs at the ruins of an ancient amphitheatre in Italy, in October 1971.

However, only three of the tracks were actually filmed on site: “Set The Controls…” along with “Careful With That Axe, Eugene” and “Mademoiselle Nobs” were actually filmed in a Paris studio, using “blue screen” technology to insert the Pompeii background at a later date.

Check out the spacey footage from inside the space capsule as it prepares to land on the sun – like, whoa, man.

See the Floyd carry on in Pompeii by clicking here now