Live At Carnegie Hall is to be Live in London 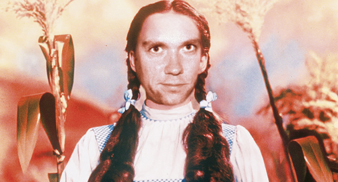 Wainwright is now bringing the show to the London Palladium for one night only, February 18.
He exclaims on his website “Rufus! London! Paris! Judy! Somewhere over the Atlantic, let’s do it again!!!”

He has previously cited Garland’s album “Live At Carnegie Hall as one of his lifelong “obsessions.”

Judy Garland played at the London Palladium a total of 68 times and it was the scene of her first ever performance with daughter Liza Minnelli. Her last appearance there was on January 19, 1969.

As well as preparing for the Garland tribute, Rufus Wainwright is currently in the studio recording material for a new album. It is expected to be complete in early 2007.

Tickets for Rufus doing Judy are priced from £65 and go on sale on November 3, at 9am.

For more information about the show, go to Rufus’ homepage here