Rufus Wainwright will set out on a 10-date tour of the UK this November and December. 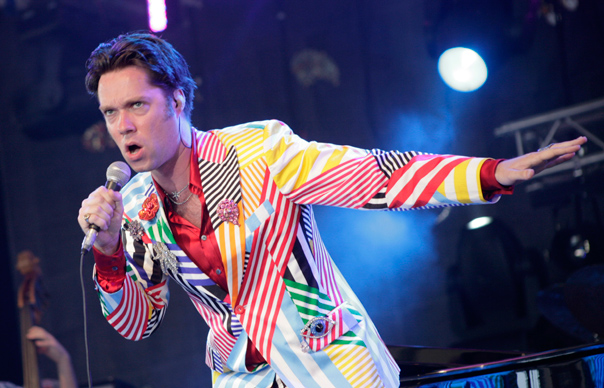 Rufus Wainwright will set out on a 10-date tour of the UK this November and December.

Wainwright will be playing with a brand new eight piece band which features Teddy Thompson on guitar and Krystle Warren on vocals. Tickets for Wainwright’s first full band tour since 2008 go on sale April 20. The shows start at Oxford New Theatre on November 16 and finish at Glasgow Academy on December 14.

Speaking about the album’s more critical lyrics, Wainwright told Music Week: “I think a lot of it has to do with Lady Gaga, to be honest. I totally admire her tenacity, her ambition and her strength of vision. There’s just not one good song there. People, especially gay men, are falling so hard for it.”

He continued: “Certain things that she says: ‘Look at me. I was like you one day and now I’m this – and you can do it too.’ I find it a bit disingenuous. We are in this somewhat sinister period and artists have got to kind of toughen up and be real. It’s about conveying what’s inside us, as opposed to the return of the cone breasts. I find it predictable and boring.”

‘Out Of The Game’ features cameos from Martha Wainwright, Yeah Yeah Yeahs‘ guitarist Nick Zinner, Sean Lennon, Wilco‘s Nels Cline and Miike Snow‘s Andrew Wyatt. Wainwright will also play London’s Lyceum Theatre on April 30, where he will be airing material from ‘Out Of The Game’.