Rufus Adds Yet Another Date To UK Stint

New single 'Tiergarten' featuring Richard Thompson out next month too 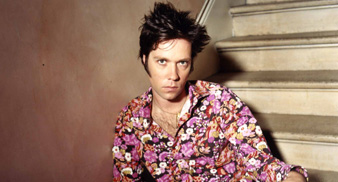 Rufus Wainwright has announced another extra date as part of his latest UK tour.

Wainwright is currently touring his acclaimed LP ‘Release The Stars‘ on his third UK tour of the year, after wowing festivals across Europe this Summer too.

The track includes appearances by Richard Thompson on guitar and Neil Tennant and Teddy Thompson on backup vocals.

Catch Rufus supported by Scott Matthews at the following venues:

In addition, following Wainwright’s successful Judy Garland tribute in February – Wainwright will again be recreating the 1961 Carnegie Hall concert at the Hollywood Bowl on September 23.