The Stones Bigger Bang Tour Is Fizzling Out 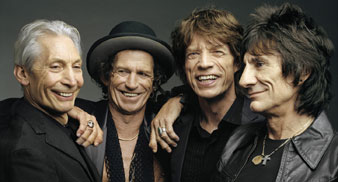 There are murmurs that The Rolling Stones’ “Bigger Bang” world tour is cursed after another devastating blow.

The Rolling Stones’ world tour has been fraught with problems throughout the year.

Keith Richards suffered brain injuries after falling from a tree in Fiji and singer Mick Jagger had laryngitis forcing dates to be cancelled in Spain in July.

The tour previously scheduled to be taking place this month in the US is also temporarily on hold while Jagger’s throat condition improves.

Ronnie Wood has flown back to the UK to be with family at this sad time.

It is expected that he will rejoin the group soon.