The Rolling Stones: an exclusive interview in the new Uncut

Inside their new album! Plus a full report from a secret Stones gig and what next for Mick, Keith and co 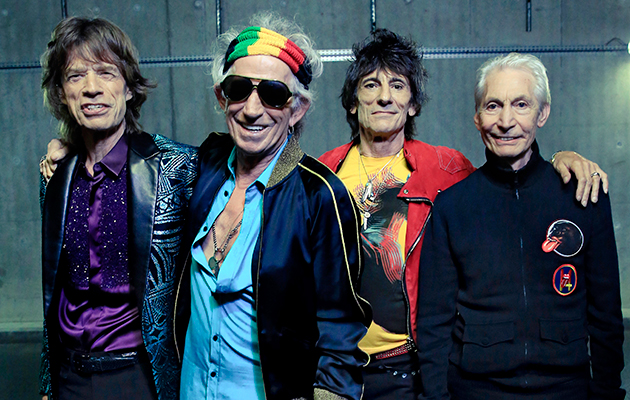 It has been 11 years since the Rolling Stones last released a new studio album. But they have returned in style with Blue & Lonesome – an extraordinary record, cut on the hoof and in three days, that reconnects them to their first love: the Chicago blues.

Uncut travels to Boston to meet Mick Jagger, Keith Richards, Charlie Watts and Ron Wood where, during individual interviews, they discuss not only the reinvigorating energies released by returning to their roots but – critically – where it will take them next.

“This album is the basis of what you came from,” Mick tells us. “Are you able to do this stuff? I’m pleased that it sounds like we can.”

“I guess right now this blues record has thrown the Stones into a bit of a spin,” Keith explains. “It was not intended, it was not expected, but at the same time it is much loved in the band. There’s a feeling like there’s a new beginning, that we could clean the slate somewhere.” Woody agrees, describing Blue & Lonesome as “a very natural expression of what the band does – and what they did before I was in them.” Meanwhile, Charlie admits, “I’m pleased with it because it sounds so good.” Don Was, the band’s producer of 25 years, calls it “a glimpse into the essence of the Rolling Stones”.

Elsewhere in the 11-page interview in Uncut – in UK stores now and also available to buy digitally – we learn from the band why Mick Taylor isn’t on the album, why Eric Clapton is and what Brian Jones would have thought of the Stones returning to their blues roots. Oh, and there’s the small matter of a secret gig – the hottest ticket in town and Uncut was there to file a full report.

The Stones also reflect on the pivotal moment in the mid-Sixties when they left the blues clubs behind them and began their journey to become the greatest rock’n’roll band in the world. “The Beatles were in front, writing their own songs,” we learn. “You have to get your own identity as well; you can’t just go out and play the blues. You have to create an image and everything for yourself.”

Also in the new Uncut: the 75 Best Albums of 2016, the 30 Best Reissues plus films and books of the year. Gillian Welch talks us through her career peaks, Phil Collins tells us which prog bands he wished punk had done away with, Ryley Walker extols the virtues of “guitar-melting-in-your-face” jams and Drive-By Truckers remember “the day everything changed”.