Roger Waters On A Love Vibe With New Single

Its a download only release, and you can see the video here 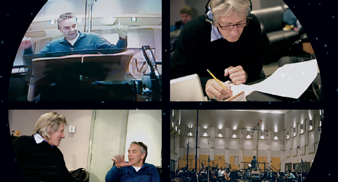 Roger Waters is to release a new download only single on March 26.

The track “Hello (I Love You) is from the film score for Howard Shore’s “The Last Mimzy.”

The song is written and performed by the Pink Floyd veteran, in collaboration with Grammy award-winning producer James Guthrie, whose previous credit includes Floyd’s famous film “The Wall” and the remastering of “Dark Side Of The Moon.”

Commenting on coming up with the film’s theme song with Shore, Waters has said: “I think together we’ve come up with a song that captures the themes of the movie – the clash between humanity’s best and worst instincts, and how a child’s innocence can win the day.”

“The Last Mimzy” is a forthcoming kid’s science fiction film, due for release later this month.

Click here to view the Hello (I Love You) video