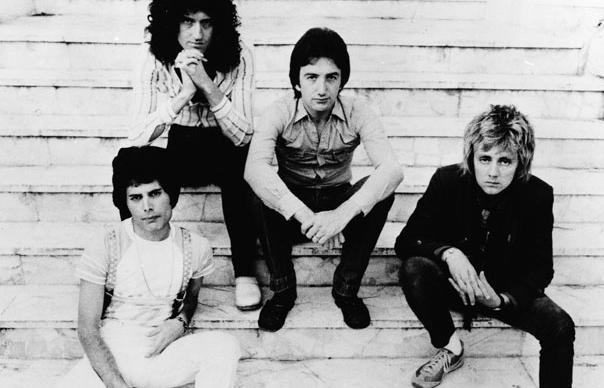 Taylor auditioned for members of the band – called The Queen Extravaganza – online and they are fronted by a French Canadian singer called Marc Martel. Taylor does not perform in the band, but has previously acted as their musical producer. “I spent some weeks with them in Canada rehearsing but they’ve found out what works and what they’re good at, they’ve got some brilliant arrangements of a lot of our old stuff and I’ve sort of let them get on with it now,” he said in a new interview with The Express. “It’s great – I just go and see them occasionally and they’re wonderful.”

The Queen Extravaganza performed on the final episode of American Idol in 2012 and then toured North America. They will tour the UK later this year, playing 14 dates in September. Speaking about other Queen tribute acts, Taylor commented: “Of the Queen tributes, some of them are very funny and some of them are really not funny at all. The terrible ones are cheesy and panto-like, more about dressing up in a Brian May wig and a Freddie Mercury moustache and what they’re missing out is the fact that the music is quite complicated and actually not easy to perform.”

Meanwhile, Queen musical We Will Rock You will retire from London’s West End stage after 12 years. The hit stage production will close on May 31 having first opened in May 2002. We Will Rock You is one of the 10 longest running musicals ever and it is estimated that 16 million people around the world, 6.5 million of those in London, have seen the production in one of the 28 countries it has been performed in.

Speaking about the decision to cease production, co-creators Brian May, Roger Taylor and Ben Elton issued a joint statement on the official Queen website: “We want to thank every one of the many hundreds of incredible musical theatre artists, musicians and crew with whom we’ve had the privilege of working at the Dominion since 2002. And of course the incredible audiences who have rewarded them with over four and a half thousand standing ovations!”

Queen will tour the US later this year. Adam Lambert will once again step in to provide vocals.