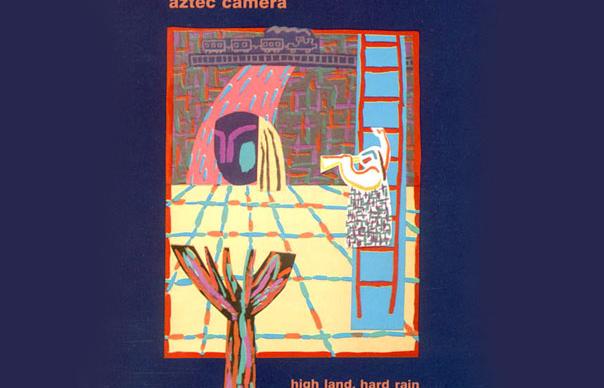 The first set featured both Frame solo and accompanied by bassist Amulf Linder and drummer Adrian Mehan. It consisted of pre-High Land, Hard Rain recordings, rarities and b-sides – including a performance of “Green Jacket Grey“, an unreleased song long rumoured to have been the title track for an album Aztec Camera recorded for the Postcard label.

The set set featured Frame accompanied by a full band – Linder, Mehan, guitarist Tom Edwards and keyboardist Owen Parker – for a performance of High Land, Hard Rain in order. During introductions to the songs, Frame revealed the title for the album came from Highlands Avenue, Acton, where he was living while writing part of it. He also revealed that Aztec Camera’s first professional engagement was supporting The Teardrop Explodes on the day of Ian Curtis’ suicide.

A vinyl-only reissue of High Land, Hard Rain is available now; a new Roddy Frame album is due for release in 2014.