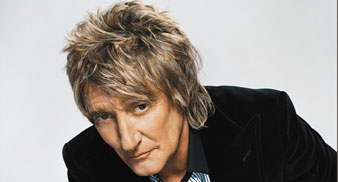 Rod Stewart has been nominated for a CBE for his “services to music” in the Queen’s New Year Honours list.

He has stated that he is “overjoyed” at the recognition.

The singer has been recording and performing for 40 years, starting in the Jeff beck Group with Ron Wood, then with The Faces in the early 70s.

Now in his fifth decade of performing, Stewart has sold over 250 million records, with 62 hit singles, including 24 that were number ones, making him one of the highest selling artists of all time.

No stranger to accolades in recent times, Stewart was inducted into the Hollywood Walk Of Fame last year as well as receiving a Grammy Award for “Stardust”, the third album in his ‘Great American Songbook’ series.

It’s a good start to the year for the 61-year old singer who recently announced a stadium tour of the UK, which is due to begin on June 28th at the City of Manchester Stadium.

Others on 2007’s honours list include actors Hugh Laurie and Penelope Keith, who both will be getting OBEs.

The jazz pianist George Shearing, who was born blind, will receive a knighthood and Evelyn Glennie, a deaf percussionist who uses vibration to experience music, will become a dame.