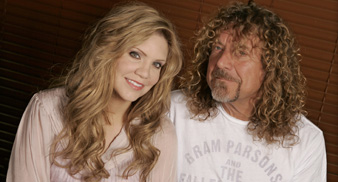 Robert Plant and Alison Krauss and Radiohead are both up for five Grammys at next year’s awards, it was announced yesterday (December 3).

Coldplay received seven nominations for the 2009 ceremony, while Neil Young and Bruce Springsteen are also included in the awards’ expansive shortlist.

Neil Young is up for Best Solo Rock Vocal Performance for his turn on “Chrome Dreams II”‘s “No Hidden Path”.

Bruce Springsteen‘s “Girls In Their Summer Clothes” is nominated in the same category, while the same track is up for the Best Rock Song gong.

The Raconteurs‘ “Consolers Of The Lonely” is up against Coldplay and Kings Of Leon in the Best Rock Album category.