Ringo Starr Storms Out Of US TV Show 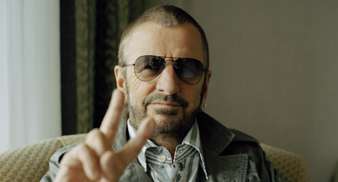 Ringo Starr’s promotional campaign for his new “Liverpool 8” album continued to be incident-packed on Tuesday (January 22), when he walked out of the US daytime TV institution, Regis And Kathy.

After seeming to offend fellow Liverpudlians with his comments about the city to Jonathan Ross last week, Starr became involved in a dispute about performing “Liverpool 8”, with current collaborator Dave Stewart, live on the American TV show.

Starr refused to play a shortened version of the song – to fit in a slot lasting two and a half minutes – and pulled out of appearing on the show.

The Ex-Beatle’s American publicist, Elizabeth Freund, told the Associated Press that there had been a misunderstanding between herself and the programme’s musical director.

“We offered to cut back our chat time and asked them to fade or go to commercial,” said Freund. “They were not willing to do that and Ringo was not willing to cut it further, so without a compromise we were not able to stay.”