Researchers say ’27 Club’ of dead rock stars is a myth

The likes of Amy Winehouse, Kurt Cobain and Jimi Hendrix passing away at same age is mere coincidence, show stats 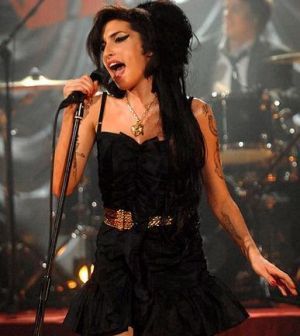 Rock stars are no more likely to die aged 27 than at any other point in their lives, according to a new research study.

Statistician Adrian Barnett of Australia’s Queensland University has debunked the myth that 27 is a cursed age for musicians, although he did reveal that pop stars were more likely to die young than the rest of the UK’s general population.

Earlier this year, Amy Winehouse became the latest member of the ’27 Club’, a list of musicians who have all passed away at the same age including Kurt Cobain, Jimi Hendrix and Janis Joplin.

However, by examining the deaths of 1,046 musicians who had a Number One in the Official UK Album Charts between 1956 and 2007, Barnett disproved the theory that 27 was a cursed age, although he did conclude that musicians in their 20s and 30s were two to three times more likely to die young than the rest of the UK’s general population.

Writing in the British Medical Journal, he said: “The myth of the 27 club supposes that musicians are more likely to die aged 27, whereas our results show that they have a generally increased risk throughout their 20s and 30s.

“This finding should be of international concern, as musicians contribute greatly to the populations’ quality of life, so there is immense value in keeping them alive (and working) as long as possible.”

Explaining his findings, he said: “The study indicates that the 27 club has been created by a combination of chance and cherry picking.

“We found some evidence of a cluster of deaths in those aged 20 to 40 in the 1970s and early 1980s. This pattern was particularly striking because there were no deaths in this age group in the late 1980s, despite the great number of musicians at risk.”

He went on to add: “This difference may be due to better treatments for heroin overdose, or the change in the music scene from the hard rock 1970s to the pop dominated 1980s.”