Ballot closes at noon for the one-off reunion show 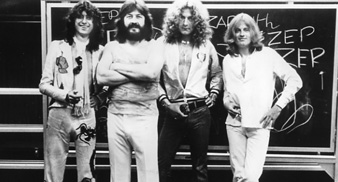 Registration for tickets for the Led Zeppelin reunion will close today at noon.

The reunion taking place on November 26 at London’s 02 Arena has seen an unprecedented demand for tickets from fans.

As prevoiusly reported, Robert Plant, Jimmy Page and John Paul Jones will be joined by Jason Bonham, the son of their late drummer John Bonham for the show. It will be their first full performance as a band for 27 years.

The show is a tribute night for former Atlantic Records boss Ahmet Ertegun who died last year – and will also see performances from other British bands he mentored through his career.

Pete Townshend, Bill Wyman and the Rhythm Kings, Foreigner and Paolo Nutini will also all perform on the night.

Fans have had to enter themselves into a ballot to buy the £125 tickets – an estimated 80,000 fans a minute were attempting to access the specially set up website after the concert announcement was made last week.

The website was moved to its own server and the registration period extended from Monday to today (September 19).

Go to www.ahmettribute.com to register for Led Zeppellin tickets. Limited to one pair per household. All duplicate applications will be cancelled.

Successful concert-goers will be informed from October 1.