Regina Spektor has announced a pair of UK live dates for later this year. 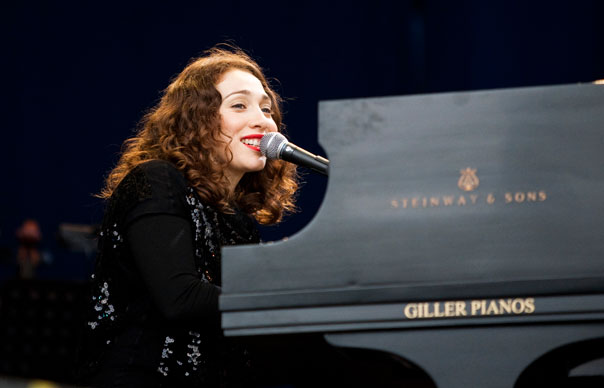 Regina Spektor has announced a pair of UK live dates for later this year.

The singer, who releases her new album ‘What We Saw From The Cheap Seats’ on May 12, will play shows in London and Manchester in July.

She will first play London’s Royal Albert Hall on July 2, before moving onto Manchester’s O2 Apollo on July 4. The dates are her first in the UK for over a year.

‘What We Saw From The Cheap Seats’ has been produced by Avenged Sevenfold/Maroon 5 man Mike Elizondo and is the follow-up to her 2009 fifth album ‘Far’. Spektor has already debuted the album’s lead off single ‘All The Rowboats’ online, scroll down to the bottom of the page and click to listen.

All The Rowboats by reginaspektor