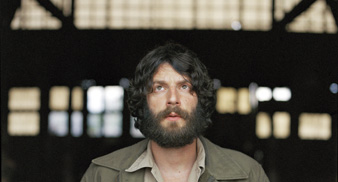 Uncut favourite Ray Lamontagne has announced a full UK tour to start this October at st David’s in Cardiff.

Following on from a universally accliamed set of sell-out shows earlier this year, including two nights at London’s Hammersmith Apollo, the singer will tour after his second album “Till The Sun Turns Black” is officially released in the UK.

Already released in the US, and available in larger record stores, Uncut describes it as “a brave and rewarding record” in it’s three-star review back in February.

Working with Ethan Johns, who’s also responsible for much of Ryan Adam’s output, as well as LaMontagnes UK Top 10 debut “Trouble,” the album is a tad bleaker, but still has an element of upbeat Southern soul.

You can catch LaMontagnes mesmerising live performance at the following venues this Autumn:

Tickets for all shows will go on sale this Friday, April 13 at 10am.