Radiohead to release series of 12

The first disc will be available from next week 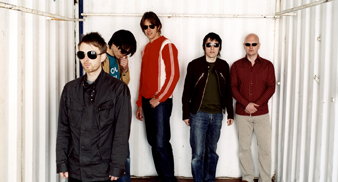 Radiohead are set to release a series of 12″ vinyl records featuring remixes of tracks from their current album ‘The King Of Limbs’.

The releases will come out in sequence for the duration of summer, and will be available via XL/Ticker Tape.

The first record will comprise mixes of ‘Little By Little’ by Caribou and of ‘Lotus Flower’ by Jacques Green and will be available from July 4.

[url=http://www.nme.com/news/radiohead/55086]Radiohead have been strongly rumoured to have been preparing[/url] some kind of follow-up or companion release to ‘The King Of Limbs’ ever since they surprise-released the record in February.

They also launched the record with their own newspaper, called The Universal Sigh.