Radiohead side project The Smile have shared their debut single, “You Will Never Work In Television Again” and announced three live shows.

The group – which is comprised of Radiohead’s Thom Yorke and Jonny Greenwood, plus Sons Of Kemet’s Tom Skinner – premiered the song during their Live At Worthy Farm secret show last year.

“You Will Never Work In Television Again” was produced by Yorke and Greenwood’s long-time collaborator Nigel Godrich.

“Turn the lights down low, put the bullet on you,” Yorke sings on the punky track. “You’ll never work in television again.” Listen to it below now.

Later this month, The Smile will play three consecutive live shows within 24 hours at Magazine London. The gigs will be held with a seated audience in the round, while they will also be broadcast in real-time via a livestream. Each show will feature the band’s performance and a cinematic film from director Paul Dugdale (The Rolling Stones, Adele, Paul McCartney).

The three performances will take place at the following times: 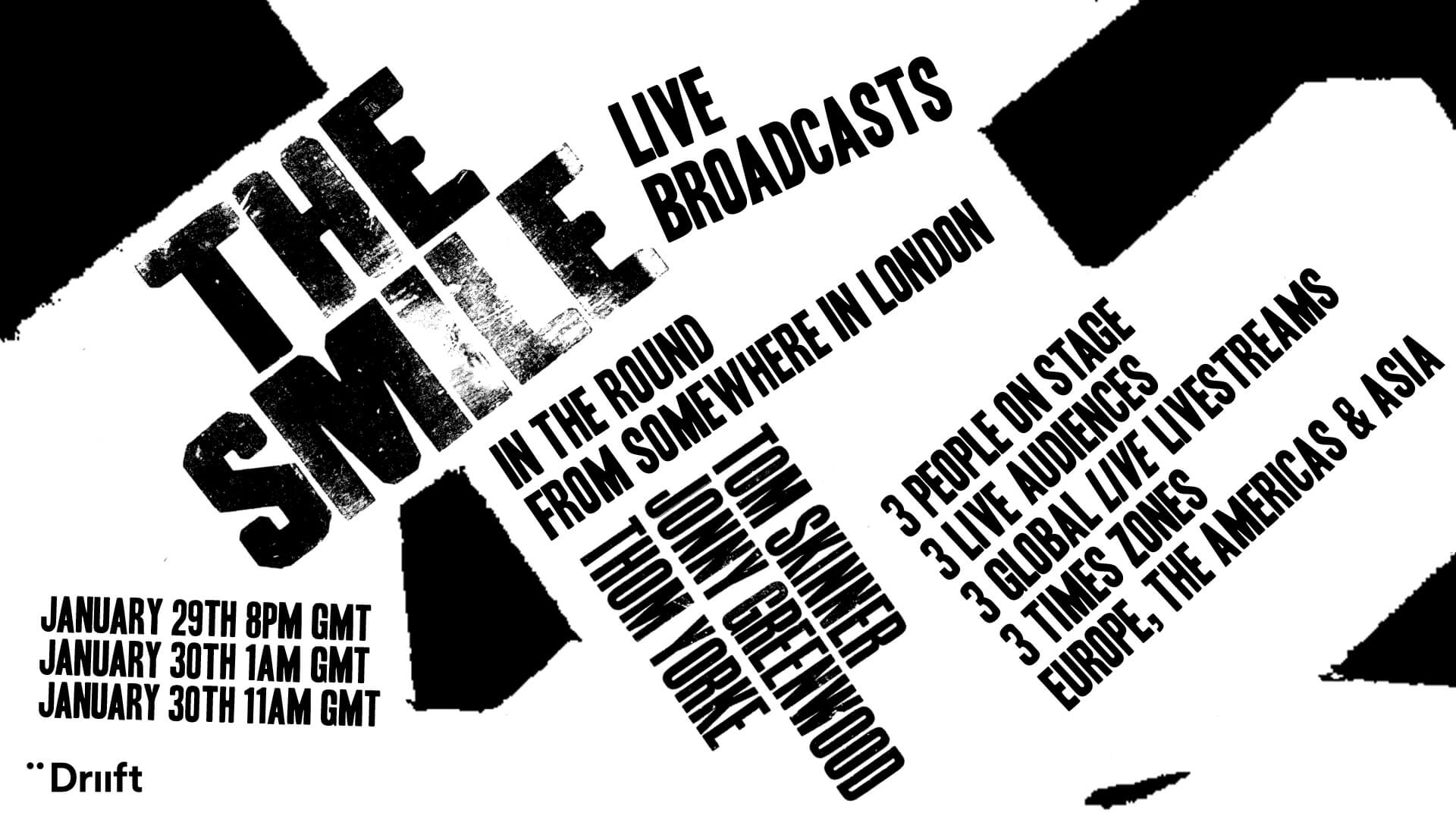 All three livestream broadcasts will also be available to ticketholders as on-demand replays for 48 hours from 2pm GMT on January 30.