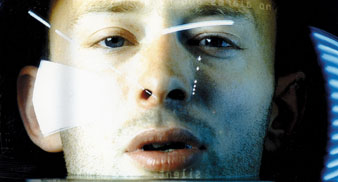 The album was conceived by John Matthias, who played violin on Radiohead’s album The Bends, and composer Nick Ryan.

Due for release on 21 July, the album is made up of four movements written specifically for strings, and features Yorke’s avant garde Neuron Trigger remix. You can hear his remix on