Out June 21 via Third Man

The Raconteurs have announced that their new album, Help Us Stranger, will be released on June 21 by Third Man.

It includes the two previously released songs, “Sunday Driver” and “Now That You’re Gone”, along with 10 others. Check out the cover art and tracklisting below: 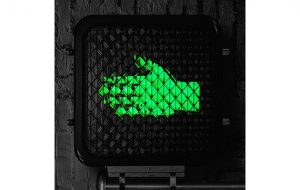 The songs were all written by Jack White and Brendan Benson except one cover, “Hey Gyp (Dig The Slowness),” which was written by Donovan. Help Us Stranger was recorded at Third Man Studio in Nashville, TN, produced by The Raconteurs and engineered by Joshua V. Smith. It features keyboardist/multi-instrumentalist Dean Fertita (The Dead Weather, Queens of the Stone Age) and Lillie Mae Rische and her sister Scarlett Rische. The album was mixed by Vance Powell and The Raconteurs at Blackbird Studios in Nashville.