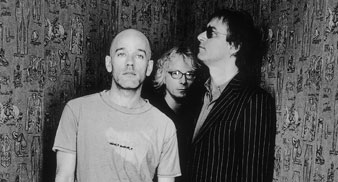 R.E.M have confirmed that they will be heading to the studio this Spring to record their fourteenth studio album.

The band who were inducted into the US Rok’n’Roll Hall of Fame yesterday, will be working with Grammy Award-winning producer Jacknife Lee, whose previous credits include U2’s “How To Dismantle An Atomic Bomb.”

Garret ‘Jacknife’ Lee says he’s looking foward to working with the band, saying: “R.E.M. are consistently one of the Great Bands, if not the greatest. The new songs they’ve written are some of their most exciting and visceral yet. They’re a beacon for any band wishing to remain honest and challenging.”

Mike Mills, the band’s bassist, says they too can’t wait to get the songs recorded with Lee, he said: “We are psyched to work with Jacknife Lee. We’ve got a great batch of songs, and can’t wait to put them down.”

The anticipated new album will be R.E.M’s first studio album since 2004’s “Around The Sun.” Last September, they released a double-disc retrospective “And I Feel Fine…The Best of the I.R.S. Years 1982–1987” including songs from the band’s early years on independent label I.R.S.

More information is available from Remhq – the band’s website – here