Queens Of The Stone Age to stream acoustic show for charity

Recorded in Tasmania in 2018, it will air for a limited period on Friday 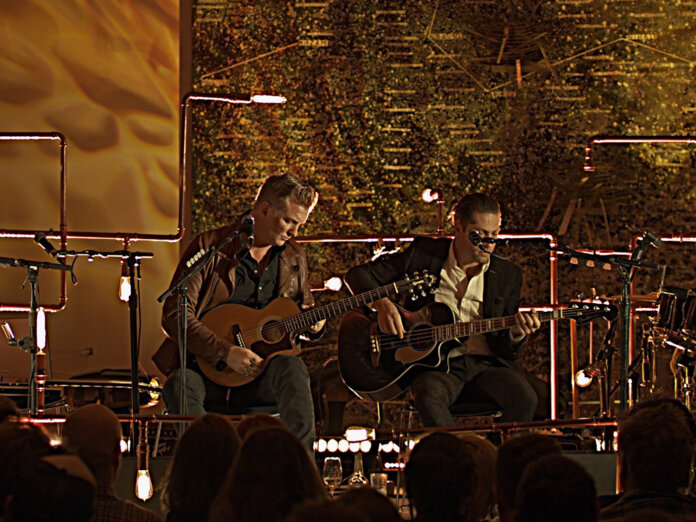 Queens Of The Stone Age will stream the video of a special 2018 acoustic show on Friday, in order to raise money for two charities: The Nick Alexander Memorial Trust and Life For Paris.

Friday (November 13) marks five years since the terror attacks in Paris where 130 people lost their lives in a series of terror attacks across Paris, including 89 gig-goers at the Bataclan Theatre. The Nick Alexander Memorial Trust was founded in memory of Nick Alexander who was killed in the Bataclan attack while working for Eagles Of Death Metal. It provides instruments and music equipment for disadvantaged communities across the UK. Meanwhile, Life For Paris is a charity supporting hundreds of victims and their families affected by the attacks, providing ongoing support to help them rebuild their lives.

QOTSA’s acoustic set was performed in August 2018 at Tasmania’s MONA as a benefit event, raising in excess of $20,000 for Royal Hobart Hospital Children’s Ward. It will air for a very limited period starting at 5pm GMT on Friday over at Queens Of The Stone Age’s YouTube channel, with fans encouraged to donate to both charities via the stream.

Queens Of The Stone Age leader Joshua Homme says: “This show was originally to benefit the Children’s Hospital of Hobart, Tasmania, and we’re pleased it has a second chance to do some good. 2020 is a really messed up year, and people in need need you more than ever. Donate what you can, if you can.”