Queen’s Brian May: ‘Freddie Mercury would approve of Adam Lambert’

Queen guitarist Brian May has said he is sure that the band's live plans with American Idol runner-up Adam Lambert would get Freddie Mercury's seal of approval. 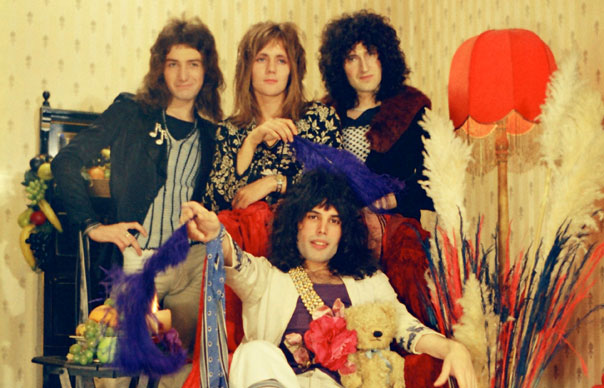 Queen guitarist Brian May has said he is sure that the band’s live plans with American Idol runner-up Adam Lambert would get Freddie Mercury‘s seal of approval.

The band will headline this summer’s Sonisphere festival with Lambert, topping a bill that includes Kiss, Faith No More, Evanescence, Incubus, The Darkness, Mastodon and Refused.

Speaking about the band’s plan for the set and how he felt it would be received by the group’s fans, May said: “Judging by my incoming mail, this decision will make a lot of people very happy. It’s a worthy challenge for us, and I’m sure Adam would meet with Freddie’s approval! And what better place to revisit, and walk those emotional paths than Knebworth? It will be a rush.”

Lambert himself also spoke about the show and said he hoped to “pay respects to Freddie’s memory” as well as achieving a huge personal milestone.

He said of this: “I’m completely in awe of the Queen phenomenon. The thought of sharing the stage for a full set is so beautifully surreal. I’m honoured to be able to pay my respects to Freddie’s memory. He’s a personal hero of mine and I am deeply grateful for the chance to sing such powerful music for fans of this legendary band. I know the evening will be a huge milestone for me, and with the support of Brian, Roger and the rest of the band I know magic will be on display.”

Sonisphere takes place at Knebworth Park on July 6-8. See Sonispherefestivals.com for more information about the event.