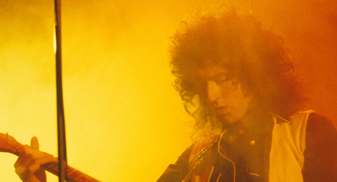 Queen guitarist Brian May has launched an attack on a golf club after one of its members clubbed a tame fox and left it for dead.

Animal rights campaigner May joined the protest against against the Peterculter Golf Club in Aberdeen. He called the actions of member Donald Forbes a “senseless piece of brutality”.

Forbes, an oil boss, attacked the animal after it stole his Tunnock’s caramel wafer biscuit. Another golfer was then forced to put it out of its misery, according to the Daily Record.

Forbes was fined £750 in court and suspended by the club, but was reinstated nine months later. Protest group Fox Watch have called for him to be banned for life, and staged a protest at the club at the weekend.

Adding his voice to the protest, May said: “This Aberdeen club have the opportunity to show their disapproval in an appropriate way – by banning this unsavoury character for life. But they seem to be unready. Shame on them.”