Jarvis Cocker and co warm up for Primavera 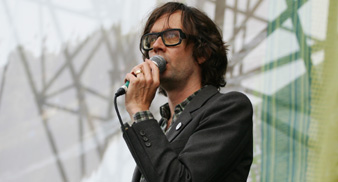 Pulp made their live comeback last night (May 25) with an intimate show in Toulouse – their first gig since 2002.

Jarvis Cocker‘s returning Britpop legends played the Le Bikini venue in the French city to warm up for their headline slot at Spain’s Primavera Sound festival, scheduled for Saturday (27).

Accoridng to Setlist.fm, the band opened with their 1994 single ‘Do You Remember The First Time?’ and played hits including ‘Disco 2000’, ‘Sorted For E’s & Wizz’, ‘Common People’ and set-closer ‘Mis-Shapes’.

Watch some rather shaky fan footage of the show by clicking below.

The band are set to play festivals including the Isle Of Wight Festival on June 11, London‘s Wireless on July 3 and Scotland’s T In The Park on July 10.