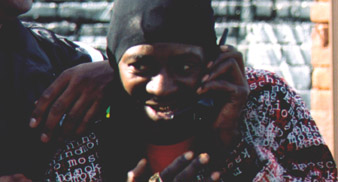 The Public Enemy member, famous for his shades, gold teeth and giant clock around his neck permanently set to one-minute-to-midnight, has experimented with R&B on the self-titled record.

Flavor Flav says he “always wanted to make my own album”. He added: “This is my first and only album ever because I want it to be a collector’s item. I always wanted to do a solo album but through the years there’s been a lot of obstacles in my way that have stopped me from being able to do so.”

Apart from making a new record, Flav is planning a solo tour, a book and another Public Enemy album to be helmed by him.

The former other half of Brigitte Nielsen also plans to kill off his surprisngly successful US reality TV career: the current “Flavor Of Love”, now in its third season, will be the last.

The rapper wants to concentrate on new projects.

“Flavor Flav” is released through his own label, Draytown Records, on November 20.