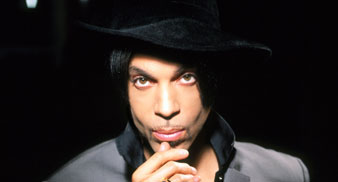 Prince has today announced a mammoth 21-night residency in London this Summer, with the first seven shows being performed at the 02 Arena, formerly the Millennium Dome.

The shows, the only ones in Europe this year, are being billed as “The Earth Tour” and will see the multi-intrumentalist play ‘in the round’ on his symbol shaped stage, the same as his performance at this year’s Superbowl half-time show.

The singer who appeared at the press conference in London’s Covent Garden this afternoon (May 8) says he has 150 songs rehearsed, including “a lot of jazz” and some covers, including “Long And Winding Road” and Amy Winehouse’s “Love Is A Losing Game.”

The star commented that he’d love for the Brit singer Winehouse to perform the track with him as he’s a huge fan of hers.

Prince promises a different show each night, with all curfews lifted, so that he can run club nights throughout the Prince ‘festival.’

Support acts will be sourced from around the world to play at the 21 London dates.

Further venues are still to be confirmed.

Fans who buy a ticket for the London shows will also receive a free copy of the musician’s 24th as-yet-untitled studio album, in an attempt by Prince to bypass the record industry, which he comments “is in turmoil” at the moment.

After these shows, the singer says he plans to take time off “to study and travel,” when asked what he was planning to study, he said The Bible. Prophets are what inspires him now.

Tickets for the opening shows go on sale this Friday (May 11) at 9am.

More details about the shows are available on 3121.com here