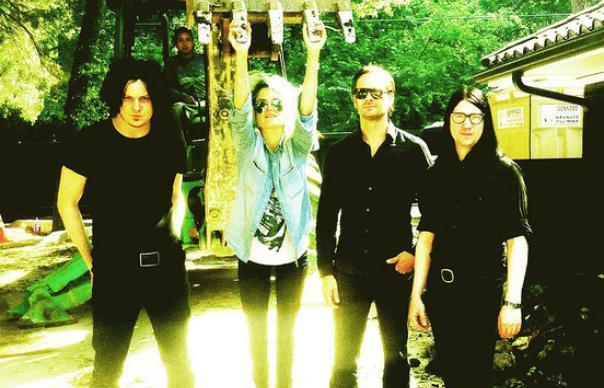 The Dead Weather have teased new single “Buzzkill(er)” by streaming a short clip from the track.

Click below to listen to the audio snippet from the band, which features Jack White and The Kills’ Alison Mosshart.

The 7″ single will be backed with “It’s Just Too Bad” and released as part of Third Man Records’ ‘Vault’ subscription series on ‘gold’ vinyl.

The songs follow the release of “Rough Detective” and “Open Up (That’s Enough)” which were revealed at the start of the year.

A new album from the band is mooted for release in 2015. Their last LP was Sea Of Cowards in 2010. A press release for the two new songs calls them “further examples that this band, in their downtime from Queens of the Stone Age, the Kills and JW solo, are more deadly than 99% of the rest of the also-rans out there.”