If I’d had the time/guts to put my favourites of 2013 list into some order, I suspect Steve Gunn’s “Time Off” would’ve come out pretty near the top, so it’s a great pleasure to host these new videos today of Gunn and his band in session. 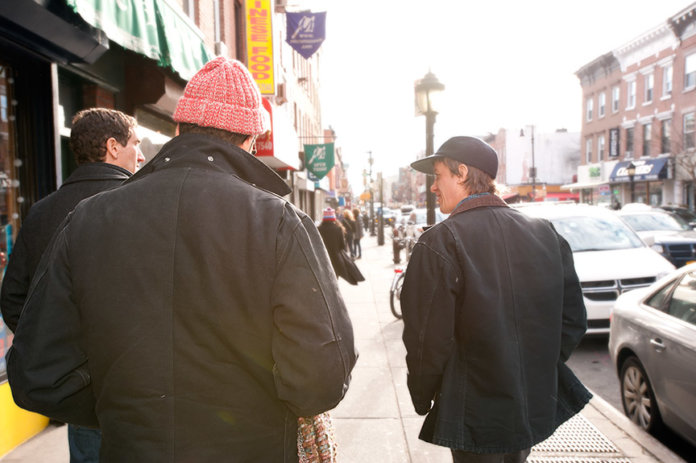 If I’d had the time/guts to put my favourites of 2013 list into some order, I suspect Steve Gunn’s “Time Off” would’ve come out pretty near the top, so it’s a great pleasure to host these new videos today of Gunn and his band in session.

Gunn is a guitarist, based in New York, who’s emerged from and more or less transcended the post-Takoma scene in the past few years. Unlike some of his contemporaries, he has a languid but sure grasp on songforms, a nonchalant way of deploying immense technical virtuosity, and a wide, questing range. “Old Strange” always reminds me, perhaps erroneously, of Saharan blues as much as it does the old weird Appalachia. Often, especially on his two duo albums with the drummer John Truscinski, you can grasp an affinity with jazz, and with Sandy Bull. Not least on this spring’s “Golden Gunn” jam with Hiss Golden Messenger, one suspects he owns a couple of JJ Cale albums, too.

All of this feeds elegantly and effortlessly into “Time Off”, Gunn’s first album with a bassist – Justin Tripp – as well as Truscinski. A bunch of these songs have been fermenting a good while – versions of “Trailways Ramble” and “The Lurker” first appeared on the Three-Lobed Recordings comps “Eight Trails, One Path” and “Not The Spaces You Know, But Between Them”; “Old Strange” was jammed with The Black Twig Pickers for Natch a year or so back – and they sound as if Gunn has reached a point with them where he has a complete understanding of how they work best, but also a restless desire to explore their possibilities further.

That’s also very much the vibe of these live session takes, where you can see Gunn, Tripp and Truscinski picking brackish paths through my two favourite songs from the album.

“Time Off” (PoB-08, 2013) is available from Paradise of Bachelors. To purchase, and for more details, visit…