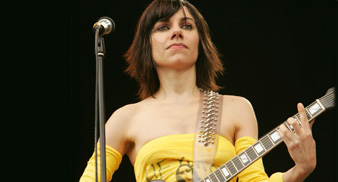 PJ Harvey is set to release a series of short films made by war photographer Seamus Murphy to accompany her album ‘Let England Shake’ on DVD on December 12.

Murphy made ‘Let England Shake: 12 Short Films by Seamus Murphy’ out of images from his work in Afghanistan, Iraq and the Middle East, combining them with new footage from across England. The DVD will include a new, previously unseen film for ‘England’. Notes made by Murphy on the making of all of the films will also be included.