Visit SoundCloud to listen to PJ Harvey reading 'The Guest Room' for The New Yorker, a poem taken from her first book, The Hollow Of The Hand. 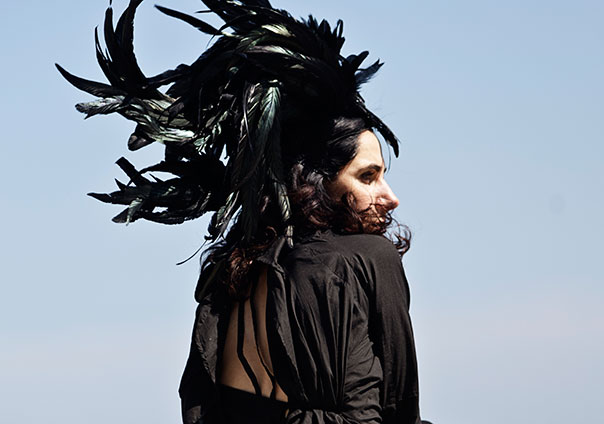 Visit SoundCloud to listen to PJ Harvey reading ‘The Guest Room’ for The New Yorker, a poem taken from her first book, The Hollow Of The Hand.

The book will be released in autumn 2015 and is a collaboration with photographer and filmmaker Seamus Murphy with Bloomsbury securing the worldwide rights to the release. Text for ‘The Guest Room’ can be found at the New Yorker’s website.

The book of poetry and images was created during Harvey and Murphy’s travels between 2011 and 2014 to destinations including Kosovo, Afghanistan, and Washington DC. The journeys began following Harvey’s eighth studio album, ‘Let England Shake’.

“Gathering information from secondary sources felt too far removed for what I was trying to write about. I wanted to smell the air, feel the soil and meet the people of the countries I was fascinated with,” said Harvey in a statement. “My friend Seamus Murphy and I agreed to grow a project together – I would collect words, he would collect pictures, following our instincts on where we should go.”

Seamus Murphy added: “Polly is a writer who loves images and I am a photographer who loves words. She asked me if I would like to take some photographs and make some films for her last album ‘Let England Shake’. I was intrigued and the adventure began, now finding another form in this book. It is our look at home and the world.”

The cover was her first new track since releasing protest single ‘Shaker Aamer’ in August 2013, which followed ‘Let England Shake’.

In September of this year Harvey received an honorary degree from Goldsmiths University.