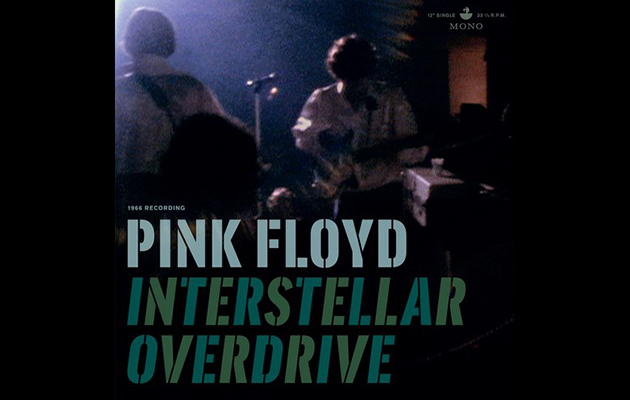 The single will come with a fold-out poster and an A6 postcard featuring a classic image of the band taken while they were recording their debut single, “Arnold Layne“.

The original recording was done at the Thomson studio in Hemel Hempstead, Hertfordshire on November 31, 1966, before the band were signed to EMI. A different, shorter version of the track appears on the band’s debut album The Piper At The Gates Of Dawn.

The images for the single artwork are taken from the band’s gig at UFO at the Blarney Club, London on January 13, 1967.

A limited run of the single will also be available to buy at the Pink Floyd: Their Mortal Remains Exhibition at London’s Victoria & Albert Museum from May 13.

Click here to read Pink Floyd: Their Secrets Unlocked! The band and collaborators explore the brilliance and burn-out of Syd Barrett

Meanwhile, the band have released a new clip ahead of the release of The Early Years, 1965 – 1972: The Individual Volumes – six separate CD/DVD/Blu-ray sets which are released on March 24.

24 hours – Bootleg Records is a portion of a documentary, originally aired in the UK in 1971. It includes Pink Floyd manager Steve O’Rourke being interviewed, as well as a portion of Pink Floyd working on “Echoes” in the studio.

You can watch the first other clips below.

“Instrumental Improvisation” from The Sound Of Change, a BBC TV programme filmed in London on 26 March, 1968. Taken from Pink Floyd – The Early Years 1968 Germin/ation

“The Beginning (Green Is The Colour)” filmed during rehearsals before their performance at the Royal Festival Hall, London on 14 April 1969. Taken from Pink Floyd – The Early Years 1969 Dramatis/ation