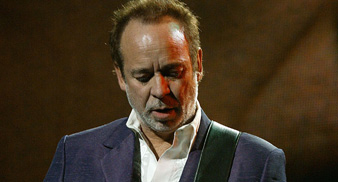 Manzanera will perform at the jazz club with his new backing band The Firebird V11 from February 9-11 2009.

In a statement, Manzanera said: “The last time I was at Ronnie Scott’s was to see the great Charlie Mingus, I was accompanied by Robert Wyatt, and the performance left a lasting impression on me.

“I’m delighted to be returning, some 40 years later, to play on that hallowed stage and with such a great band of musicians.”

Tickets for the shows are available from the Ronnie Scott’s website or by calling the box office on 020 7439 0747.