Peter Hook and co. give themselves a name 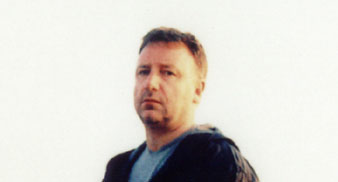 The speculated supergroup appears to have come to fruition with Hooky talking online that they’ve named themselves Freebase.

Peter Hook has been talking about the group to various sites; telling us a bit more about what the new material will sound like, he explains, “As for the music itself, it’s a really weird cross between northern soul, reggae, New Order, Stones Roses and the Smiths. The three basses work together on a few tracks, which I was delighted about, because everyone was laughing at us for wanting to do it.”

The supergroup is still searching for a singer, and in an interview on music site higher-frequency.com, Peter Hook jokes about their attitude.

“Mani said, ‘We’ve gotta find somebody who’s unknown, Hooky, so we can fuckin’ persecute him!’ So we’re looking for someone who we can persecute, for all our years of persecution!”

Hook speculates that Freebase might have settled on someone, saying, “We’ve found a kid in Wigan, he’s been in a few bands before, and he’s done a couple of tracks, a couple of ideas that were really good.”

The three bassists have apparently got 17 songs written, so hopefully we’ll be hearing something soon.