Pete Doherty: ‘When Amy Winehouse died I was knee-deep in shit’

Pete Doherty has spoken about his reaction to the death of Amy Winehouse and has revealed that he was "wallowing in his own filth" when he heard the news that the 'Back To Black' singer was dead. 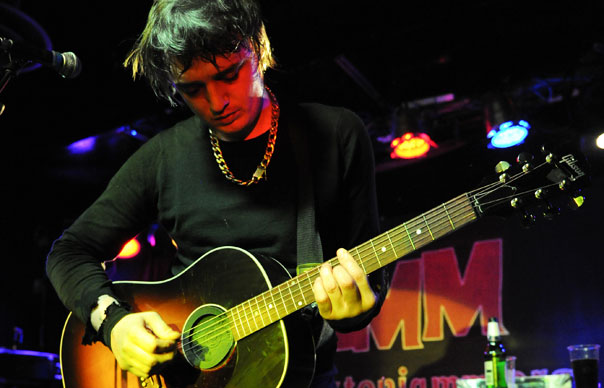 Pete Doherty has spoken about his reaction to the death of Amy Winehouse and has revealed that he was “wallowing in his own filth” when he heard the news that the ‘Back To Black’ singer was dead.

The former Libertines man, who is now residing in Paris, told NME that he was alone in his flat in Camden when he heard that Winehouse had died and was left unable to move by the news.

Doherty also revealed that although he wanted to attend Winehouse’s funeral, her father Mitch did not want him there.

Speaking about this, Doherty said: “I think she would have wanted me at her funeral. It’s a personal feeling of grief I’ve never had the chance to see through. I’m made to feel that I’m not her friend, which I was. She came to the Libertines’ gig at the forum. We came back to the hotel and she stayed all night. At one point it was me, her and Carl having a little sing-song.”

The former Libertines singer also opened up about Mitch Winehouse throwing him out of the singer’s hotel room, after deeming him a bad influence on her.

He recounted: “I remember one time she was due to play at the Apollo in Hammersmith, she said: ‘I saw you and Babyshambles play last week. I’ll show you a real gig, come to my hotel room.’ Her dad turned up at the hotel and told me ‘You’ve got to go’.”