Singer wants to get back with his old band mates 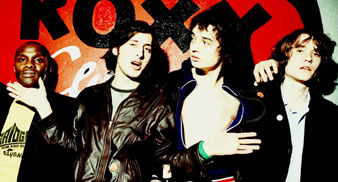 Pete Doherty is trying to reunite The Libertines and already has bassist John Hassall and drummer Gary Powell on board, it has been reported.

The singer has claimed he wants the band back together in time to play at festivals in 2010.

The singer explained to NME that he just needed the go ahead from Carl Barat and they could make plans.