Pet Shop Boys Get Johnny Marr On Board For New Album 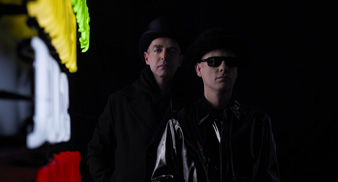 The Pet Shop Boys have confirmed details of their forthcoming new studio album ‘Yes’ which is set for release on March 23.

The duo who to receive the Outstanding Contribution To Music award at the BRIT Awards on February 18, have teamed up with former Smiths and current member of The Cribs, Johnny Marr for several of the new tracks.

Xenomania, the pop producers behind acts like Girls Aloud also help out with writing duties on three songs, “Love Etc”, “More Than A Dream” and “The Way It Used To Be.”

‘Love Etc.’
‘All Over The World’
‘Beautiful People’
‘Did You See Me Coming?’
‘Vulnerable’
‘More Than A Dream’
‘Building A Wall’
‘King Of Rome’
‘Pandemonium’
‘The Way It Used To Be’
‘Legacy’