World tour in 2010 is 'not a permanent reformation' band warn 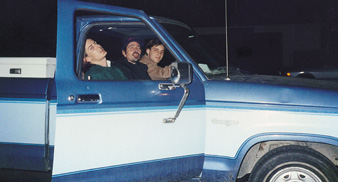 Pavement have officially reunited, for a world tour to commence in September 2010, it was confirmed on Thursday (September 17).

The line-up of Stephen Malkmus, Mark Ibold, Scott “Spiral Stairs” Kannberg, Bob Nastanovich and Steve West will play their first show in New York’s Central Park on September 21, 2010 – with tickets for that going on sale on Friday September 18 at 10am (EDT).

In a press statement from their label Domino, it also warns, however that: “The band would like it to be known that the tour does not constitute a full-on permanent reformation.”

See crookedrain.com for more information and news on live shows as they develop.