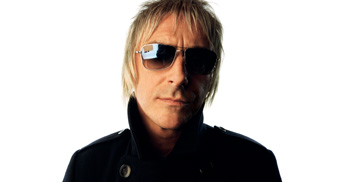 The guitarist, a member of Ocean Colour Scene and Weller‘s group, will release “The Kundalini Target” in February 2009.

The album is set to feature ten tracks, including “Running Away”, “Beware Of Falling Rocks” and “Ask The Sound”.

Talking about the album, Paul Weller said: “These are great songs of humanity, family values and family love. It’s about being inspired by life and love.”