Emerick, who has died age 72, also worked with Kate Bush and Elvis Costello 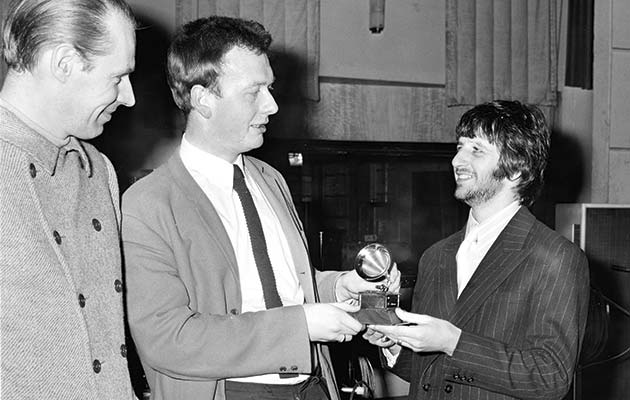 Geoff Emerick, the recording engineer who helped oversee some of The Beatles’ most sonically groundbreaking works, has died aged 72.

Emerick joined EMI as an assistant engineer in June 1962, at almost exactly the same time as The Beatles’ first recording session at Abbey Road. In 1966 he was promoted to first engineer at the prompting of George Martin, helping the band realise their cutting-edge ideas on tracks such as “Tomorrow Never Knows”, “A Day In The Life”, “All You Need Is Love” and “The Ballad Of John And Yoko”.

He later worked on several of Paul McCartney’s solo and Wings albums, including Band On The Run. He produced two albums for Elvis Costello and also worked with Kate Bush, Badfinger, Cheap Trick, Art Garfunkel, Ultravox and Jeff Beck among many others.

“I first met Geoff when he was a young engineer working at Abbey Road Studios,” wrote Paul McCartney on his website. “He would grow to be the main engineer that we worked with on many of our Beatles tracks. He had a sense of humour that fitted well with our attitude to work in the studio and was always open to the many new ideas that we threw at him. He grew to understand what we liked to hear and developed all sorts of techniques to achieve this. He would use a special microphone for the bass drum and played it strategically to achieve the sound that we asked him for. We spent many exciting hours in the studio and he never failed to come up with the goods.”

In a tribute on her website, Kate Bush wrote: “Geoff Emerick was the first engineer I ever worked with. He recorded ‘The Man With The Child in His Eyes’ along with a couple of other tracks at Air Studios in Oxford St in 1974. He was incredibly sweet and supportive – I’d never been in a recording studio before, let alone played live with an orchestra. He joked around with me and put me at ease. He had a brilliant sense of humour and was really quite mischievous. I’ll always remember him with a smile on his face. What a really lovely man he was, an incredibly gifted engineer and one of the truly great heroes of the music business. It was such an honour to work with him.”