Paul McCartney describes how ‘Band On The Run’ demos were stolen 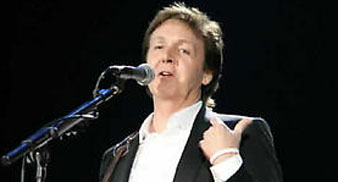 Paul McCartney has revealed that demos for Wings‘ ‘Band On The Run’ were stolen when he was mugged during recording sessions for the album.

Speaking to Kasabian‘s Tom Meighan, who interviewed the former Beatle for Uncut‘s sister-title [url=http://www.nme.com/news/paul-mccartney/53654]NME[/url], McCartney explained that he was robbed at knifepoint while recording the album in Nigeria.

Recalling the incident, McCartney admitted he and wife Linda initially thought they were being offered a lift when a car pulled up beside them.

“There’s, like, about four or five of them and then there’s a little one and he’s got a knife,” McCartney told Meighan.

“So we go, ‘Oh, you’re not offering us a lift at all! You’re robbing us.’ So I had all my demo cassettes for the album and they took them all… I had to remember the songs. Luckily I did. I’d written them not too long ago so I’d kind of remembered them.”

Read the full interview with McCartney and Meighan in this week’s issue of NME, on UK newsstands now, or available digitally worldwide right now.