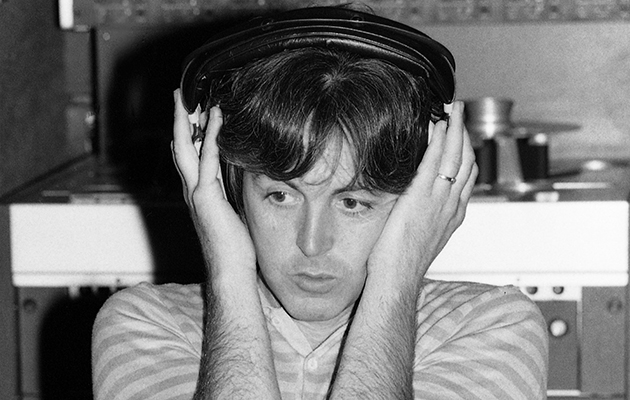 Paul McCartney has announced details of two new reissues from his Archive Collection.

Both albums will come with additional material, including previously unreleased tracks and never before seen video.

Both albums can be pre-ordered now from McCartney’s website.

Tug Of War will be issued as a 2-CD Special Edition comprised of the 2015 remix of the entire album, plus a second disc of bonus audio featuring eight previously unreleased demos of both album tracks and outtakes “Stop, You Don’t Know Where She Came From” and “Something That Didn’t Happen,” as well as demo and solo versions of “Ebony and Ivory” and more.

The Tug Of War 3-CD/1-DVD Deluxe Edition adds the original 1982 album mix and a DVD featuring original music videos for the album’s singles and the brand new 18-minute documentary “Fly TIA — Behind The Scenes on Take It Away” featuring previously unseen archival footage.

The Tug Of War Deluxe Edition will include a 112-page essay book and 64-page scrapbook, while the strictly limited run of 1000 Super Deluxe sets will arrive in a limited edition acrylic slipcase with five hand numbered prints of images from the Linda McCartney archive.

The Pipes of Peace 2-CD Special Edition is made up of the original album plus a 9-track bonus disc with such exclusive gems as a 2015 remix of “Say Say Say” by Spike Stent, unearthed demos of three album tracks and outtakes “It’s Not On” and “Simple As That”, the previously unreleased “Christian Bop” and more.

The 2-CD/1-DVD Pipes of Peace Deluxe Edition features a bonus video disc comprised of the original promo clips for all three of the album’s singles, plus previously unreleased clips from Paul’s film archives.

The Deluxe configuration will also include a 112-page essay book and 64-page book that goes behind the scenes on the “Pipes of Peace” title track video shoot.

Disc 2 – Original album
Tug of War
Take It Away
Somebody Who Cares
What’s That You’re Doing?
Here Today
Ballroom Dancing
The Pound Is Sinking
Wanderlust
Get It
Be What You See (Link)
Dress Me Up As a Robber
Ebony and Ivory