Okkervil River Confirmed To Headline The Next Club Uncut

The date for your diary is May 20 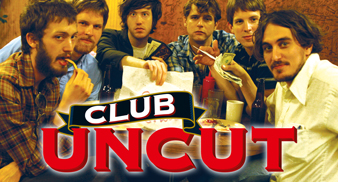 This month, Club Uncut is pleased to play host to an exceptional bill headlined by Austin, Texas’ Okkervil River.

Will Sheff and his compadres, profiled in our Welcome To Uncut feature in the new issue, will play this unusually intimate show, by their standards, at London’s Borderline on May 20.

Supporting Okkervil will be AA Bondy, a gritty Americana type, originally from Birmingham, Alabama, who some of you may remember as the frontman of a handy, underrated bunch called Verbena.

Since the issue went to press, Kelley Stoltz – who was originally announced as being the main support – has had to cancel.

We’re all looking forward to it very much, and would love to see you at the Borderline (on Manette Street, just off the Charing Cross Road, incidentally). Tickets are £13, and you can get hold of them from Monday (April 28) at 9am by clicking on this link.