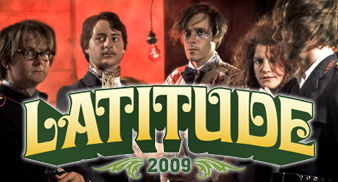 James Huggins from Of Montreal is set to release his solo debut ‘A Parallax I’ in October.

Going under the name James Husband, Huggins has been working on the record for over 12 years and has enlisted the talents of Jenny Wilson, Andy LeMaster and Of Montreal’s very own Dottie Alexander to help him.

Polyvinyl has also announced that they are re-releasing ‘Coquelicot Asleep in the Poppies’, ‘Aldhils Arboretum’, ‘The Bedside Drama: A Petite Tragedy’, ‘The Bird Who Continues to Eat the Rabbit’s Flower’, and ‘The Early Four Track Recordings’ by Of Montreal in special vinyl and digital editions later this year.

‘A Parallax I’ is out on October 27 on Polyvinyl.

The track listing for ‘A Parallax I’ is: