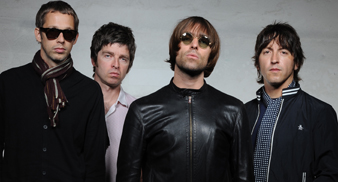 Oasis have revealed the tracklisting for their forthcoming new studio album Dig Out Your Soul, which is not due for release until October 6.

The band’s seventh long player is their first since 2005’s Don’t Believe The Truth and will be released worldwide through their own label, Big Brother. The first time they have self released globally.

Dig Out Your Soul features eleven tracks, produced by Dave Sardy, who was also at the helm for the band’s last release.

Speaking on the Oasis website, Noel Gallagher, the group’s chief songwriter says about the new songs: “I wanted to write music that had a groove; not songs that followed that traditional pattern of verse, chorus and middle eight. I wanted a sound that was more hypnotic; more driving. Songs that would draw you in, in a different way. Songs that you would maybe have to connect to – to feel.”

The first new single to be released from the forthcoming album will be entitled “The Shock Of The Lightning”, on September 29.

The full Dig Out Your Soul tracklisting is: