Noel Gallagher: “Morrissey is the funniest man I’ve ever met” 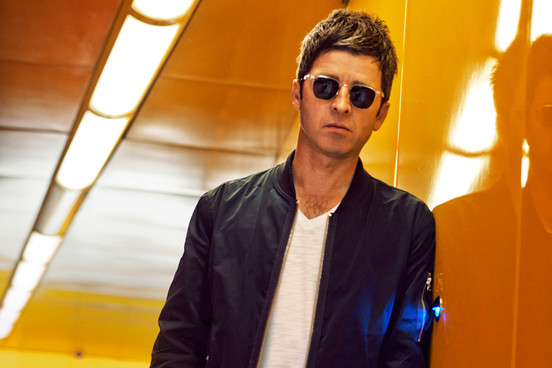 Noel Gallagher has said that Morrissey is the funniest man he’s ever met.

Speaking to Jo Whiley on BBC Radio 2 earlier this evening (October 13), Gallagher spoke about a night out in Los Angeles which he shared with Morrissey and Russell Brand. “He’s the funniest man I’ve ever met in my entire life. Absolutely side splitting.” He added: “He’s not got a good word to say about anyone – he’s very cutting. He bullied Russell!”

Following the announcement of Noel Gallagher’s new album, Chasing Yesterday, the frontman also revealed that he is yet to have a record deal. The album will be released on March 2, 2015 under the Noel Gallagher & The High Flying Birds name. However, speaking to Whiley, Gallagher commented: “I don’t have a record deal – my management have to put it in a suitcase and hawk it around the world.”

Discussing the record, Gallagher said he had only just decided on the title. “I dithered on the title for the album up until about two days ago when I had to submit it… I must have changed it 12 times!” He added that he now ‘hates’ his choice. “As soon as it went I thought ‘I hate it!”

A UK arena tour will take place next year, with dates in London, Manchester, Glasgow, Nottingham and Belfast. Scroll down for full details.