Noah And The Whale announce UK and Ireland Tour

Folk quartet hit road in May 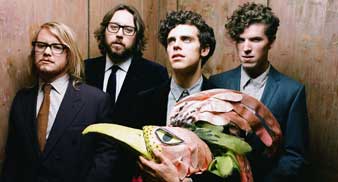 Noah And The Whale have announced details of a tour of the UK and Ireland.

The London folk-pop band, who are [url=http://www.nme.com/news/nme-chart/54860]currently top of the NME Chart[/url] with ‘LIFEGOESON’, will play 12 shows across the country in May.

They are due to begin the jaunt at the Manchester Ritz on May 3 and finish up at Cambridge’s Junction on May 18.

The band’s new album, ‘Last Night On Earth’, is released on March 7.