"We're not a tribute band," he tells Uncut 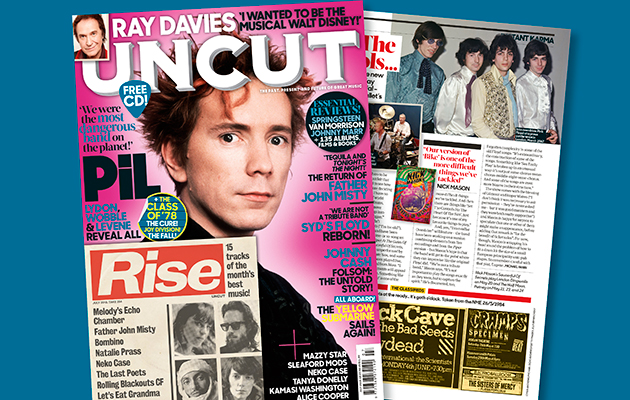 In the new issue of Uncut – on sale now! – Pink Floyd’s Nick Mason explains why he’s formed a new outfit to play the band’s early 1967-72 material.

“We’re not a tribute band,” he says of Nick Mason’s Saucerful Of Secrets, who play their first gig at London Dingwalls on Sunday (May 20). “It’s not important to play the songs exactly as they were, but to capture the spirit.”

Eyebrows were raised when it was announced that the Syd Barrett role was to be taken by Spandau Ballet’s Gary Kemp. “Gary’s not quite taking the place of Syd,” Mason contends. “It was to do with who had the enthusiasm for it, and Gary did.”

Mason reveals that Saucerful Of Secrets are working up songs from The Piper At The Gates Of Dawn, A Saucerful Of Secrets and even 1969 soundtrack album More. “I hope different elements will appeal to different people. Something like our version of ‘Bike’ is one of the more difficult things we’ve tackled. And then there are things like ‘Set The Controls For The Heart Of The Sun’, just because it’s one of my favourite things to play.”

See more in the new issue of Uncut, and read our comprehensive rundown of Pink Floyd’s 30 greatest tracks here.