Jack and Meg are writing together 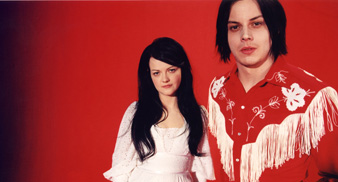 Jack White, who is currently with side project The Raconteurs with Brendan Benson, has let slip that he is also working on new material for his original band The White Stripes, with Meg White.

The singer/guitarist has told Uncut that his time is now split 50/50 between the two bands.

White told Uncut, “My brain now has two options for songs that I write, and it’s a really nice luxury to have as a songwriter.”

White went on to say, “I have so many songs now for another White Stripes record. Meg and I are working on songs during breaks from touring with the Raconteurs.”

This will be the follow up to 2005’s hugely successful “Get Behind Me Satan.”

To read the full feature on ‘how to write a rock song’ by Jack White, get the December issue of Uncut, out now.